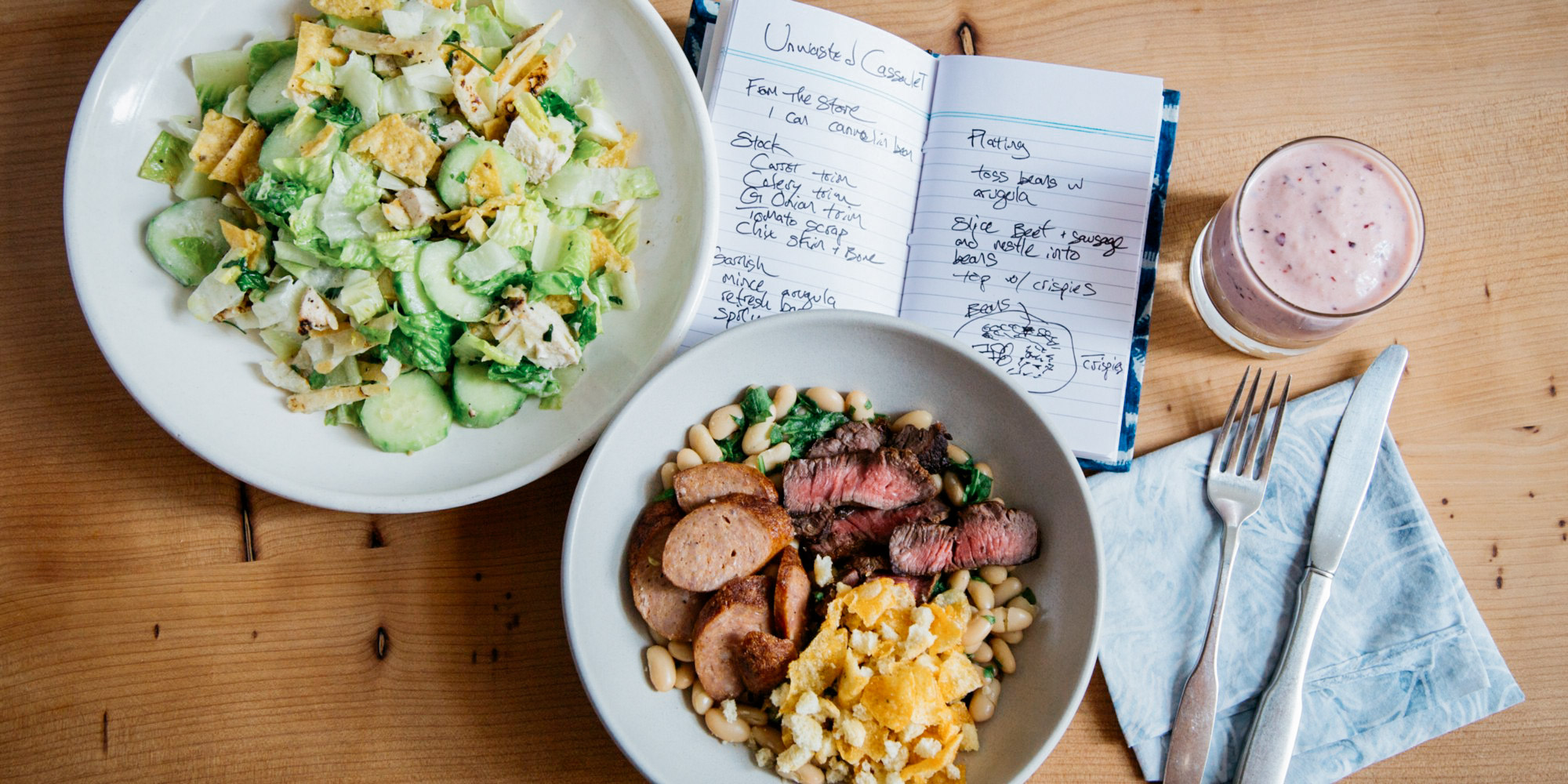 A Future Where Food is Never Wasted

Help reduce the 1.3 billion tons of food wasted every year and equip food industry players with the design principles and support to cut waste further.

An array of forward-thinking ideas to help individuals, businesses, and governments design waste out of the food system.

We’ve all let vegetables wither in the crisper drawer, or thrown out a child’s half-eaten restaurant meal, but the sheer scale of food waste around the globe is hard to grasp. According to the United Nations, about a third of the food the world produces every year—1.3 billion tons—is lost during production or tossed by consumers, with North Americans throwing out the most food per capita. The average American wastes enough food each month to feed another person for 19 days.

IDEO partnered with The Rockefeller Foundation to address this systemic challenge, drawing on design thinking methods to meet an array of human and environmental needs. Through a series of projects with Rockefeller and other organizations, IDEO designers from around the world are devising novel ways to tackle food waste.

Designers at IDEO teamed up with Rockefeller, the City of San Francisco’s Department of Environment, the Closed Loop Foundation, ReFED, and others to launch the Food Waste Challenge, asking how humans might curtail waste by rethinking our relationship with food. Between June and October 2016, more than 20,000 people from 113 countries took part in the challenge, tracking their personal waste and brainstorming solutions though OpenIDEO, IDEO’s open innovation practice.

Challenge participants submitted more than 450 ideas to fight food waste. A team of food industry experts helped select the 12 top ideas, which included software to help people buy food collectively from wholesalers and a program to mill spent grain from beer brewing into fine flour for baked goods. Ultimately, the Closed Loop Foundation chose to award Full Cycle Bioplastics a $50,000 grant to scale up their idea to convert food and paper waste into a fully compostable alternative to plastic.

At the conclusion of the Food Waste Challenge, OpenIDEO launched the Food Waste Alliance, a platform for participants and experts to stay engaged with the most promising food waste ideas and innovators. The Alliance helped organizations and entrepreneurs share resources, prototype new ideas, secure funding, hire staff, and form strategic partnerships. The alliance has grown to more than 160 members, 92 percent of whom say they’ve made progress in their work as a result.

“At Rockefeller, we find that collaborative innovation processes are a great way to engage diverse audiences and tap into new networks. The Food Waste Alliance can become the much-needed platform to transform ideas into viable projects.” —Hunter Goldman, Former Senior Program Associate, The Rockefeller Foundation

Rockefeller also supported IDEO’s work with City Harvest, a New York organization that collects 160,000 pounds of unused potatoes, peaches, and pasta each day and distributes it to locals in need. City Harvest wanted to study the habits of New York families who visit food pantries in an effort to ensure all the food the group saves also gets eaten. To gain deeper insight into these families’ lives (and kitchens), in January 2017, the research team conducted in-context observations and interviews to learn about food insecurity across the five boroughs. IDEO created three video vignettes to help build even greater empathy and connection between City Harvest staff and the people they serve.

“It’s nice to have real-time, direct feedback from end users to understand the challenges the community is facing; this informs strategic decision making.”

In April 2017, IDEO partnered with Rockefeller, the World Wildlife Fund, and the Hyatt Regency Orlando to rethink all-you-can-eat hotel buffets. IDEO measured waste at Hyatt buffets and found that diners ate just half the food organizers served. This and other data-driven insights gleaned about diners’ habits led to subtle substitutions, including smaller plates of meats and cheeses that can be ordered from servers and individual pastries rather than whole cakes. These alternatives have cut buffet costs at the Hyatt Regency Orlando by 10 percent, with support from customers.

Wasted food means squandered resources, lost money, and ultimately, hungry people—more than 15 million in the United States alone. The problem of food waste is too enormous to ignore. Designers from across the country are helping find solutions to the waste crisis that fulfill a variety of needs, from preserving produce sent to food pantries to keeping plastic packaging out of the oceans. The Rockefeller Foundation and other IDEO partners are leveraging the power of design to pave the way for a waste-free future.

The New York Times—Hotel Buffets, a Culprit of Food Waste, Get Downsized

Get Impact in Your Inbox

Be the first to know about our biggest updates and opportunities.

Just one more thing. We need to confirm your email, please check your inbox.
Oops! Something went wrong while submitting the form.